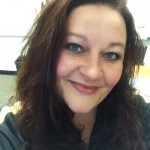 Meet Carolie Pennington, Office Manager at T.W. Ellis. She began her current position in April this year and is thrilled to be here. “I just love this job,” Carolie says. “Tim and Barry are such good people to work with—very helpful and patient.” She especially enjoys that her job allows her to interact with people on a daily basis, which she feels is one of her strong suits.

A Hard Worker in Every Way

Carolie has an extensive administrative background that traces its earliest roots to an office job she began between her junior and senior year in high school. Her father worked as a butcher for a meat product company that serviced local restaurants and staffed a fresh meat counter for the public. Carolie worked in the office, answering phones and filing.

After graduation, she began work as an office clerk for Liberty Mutual Insurance Company, working her way up to receptionist where she ran a 200+ line phone console. She was promoted to the position of secretary to the business salesman/office manager. Here she gained experience in the sales aspects of insurance.

After a brief stint in the South, Carolie moved back to Maryland and worked 19 years as Executive Administrator for Custom Direct, a check printing company. She worked directly under the Director of Manufacturing Operations. Her tasks involved financial reporting, human resources where she taught the training classes for employees, and event planning. She would coordinate and carry out corporate events for their entire office of 200 people.

Unfortunately, Custom Direct closed its doors on Dec. 31, 2012 and Carolie didn’t work for four months. But her former boss at the check printing company continued to look out for her. He heard there was an opening at T.W. Ellis that perfectly fit Carolie’s qualifications and passed that information on to her. 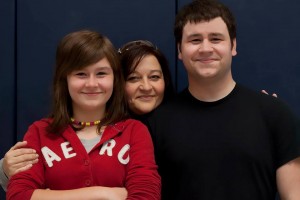 Carolie’s responsibilities at T.W. Ellis include payroll, general bookkeeping, permit and license renewals, and human resources. She also communicates with the marketing team, helping them in their efforts to raise customer awareness of the company. The building industry is a whole new world for Carolie, so she finds it challenging and motivating. “I’m looking forward to learning more about the business, getting my hands dirty and my feet wet in the building industry,” Carolie says. 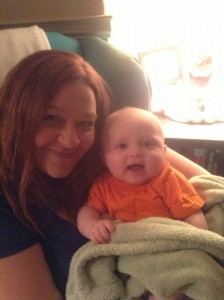 Outside of work, Carolie enjoys her family that includes two children and a 1-1/2 year old grandson. She is so intrigued by her grandson and just loves to sit and watch him. Carolie marvels that he already speaks in sentences, can count, and knows his colors.

She is an avid reader, and loves a good mystery. She will read a big John Grisham novel in two days. “I just soak them up!” she says. Carolie also delights in all kinds of music. She personally knows a lot of local artists and attends their concerts. She really appreciates those artists who are creative enough to write their own music.

Have you met our other crew members? Meet Tim, Barry, and Michael.