4 Fabulous Ceiling Types to Dress Up Your Home 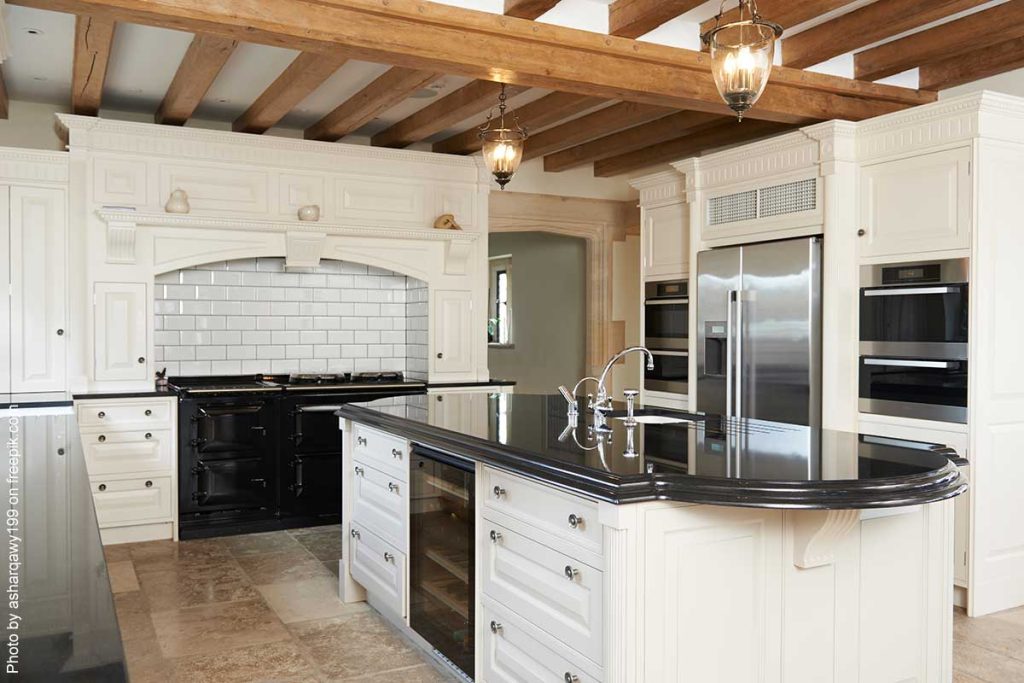 We spend so much time and energy considering what style and material to use on our floors. We find paint colors, wallpaper, and other accents on our walls and then cover them up with artwork and televisions.

But what about the ceiling? The ceiling is possibly the most overlooked space in a home, but dressing them up can completely transform your home. Here are some ceiling types you can use to dress up your home.

Adding beams to your ceiling is the finishing touch you didn’t know you needed. Ceiling beams have been a longtime staple in Spanish-style homes and farmhouse-style homes. They are very versatile and can work with most home styles.

Adding exposed wood beams will make the space feel more rustic. You could also add dramatic dark steel beams if you have a modern-style home. Beams don’t have to be functional – they aren’t actually holding up the ceiling. Instead, they just add a focal point to your home.

Coffered ceilings became popular during the Renaissance and again in the late 19th century when they became a sign of extravagance and wealth. This ceiling type has a series of recessed panels, usually in rectangular or square grids, and adds a touch of elegance to a space.

They could also be painted in a color that complements the rest of the room, like a dark gray for a dramatic feel or a bright white if your style is more along the lines of the elegant beach house. Whatever you choose, the coffered ceiling will be a nice touch to your home design.

A Cathedral ceiling, named after the ceilings in European grand Cathedrals, is defined as having two sloping sides that meet at a peak in the center of a room.

They are straight and symmetrical and can make an otherwise ordinary room look attractive. Cathedral ceilings look best when paired with oversized windows to allow the space to look bright and airy.

Tiled ceilings are gaining in popularity. We like using large rectangular tiles or smaller beadboard tiles in the living room or dining area. These tiles can be the same color as your wall paint to add a simple but effective finish to the space.

Another area in the home where tile ceilings can be done is the bathroom, particularly in the shower. Floor-to-ceiling tile arranged in various patterns, such as herringbone or chevron, is a controversial trend in bathroom design – homeowners either love it or hate it. One way to make this trend work is by leaving one wall untiled, almost like an inverse accent wall, so that the tile doesn’t make the space feel too busy.

Want to change up your ceiling type and add a little flare to your home? We’re here to help. You’ll be stunned at how much they will improve the overall appearance of your space. Give us a call so we can get to work.