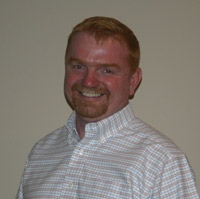 Barry Ellis is vice president and co-founder twelve years ago of T.W. Ellis. As far back as he remembers, Barry has always been involved in some way with the building industry. As teenagers, he and his brother, Tim, worked with their Dad who owned a small framing company. “Building is in my blood,” says Barry.

While Tim stayed involved with the building industry, Barry decided after high school to follow a different career path. He attended Hartford Community College for two years to study photography. During this time he and a friend also started a lawn care business that really flourished. At one time they were caring for fifty lawns. Eventually, Barry sold his half of the business to his business partner, and went to work for Kurt Bluemel’s Nursery. Kurt is a renown horticulturalist who was hired by Disney to landscape the 125-acre savannah at the Animal Kingdom in Florida. Barry worked there four years, expanding his knowledge of plants and shrubs.

That’s when his brother, Tim, approached him. Tim was working for another deck company in sales. Tim convinced Barry to go into business with him to form the deck building company that today is known as T.W. Ellis. At first, Barry worked in the field, then he rose to become Project Manager, and now he is Lead Salesman for decks and screened rooms. His responsibilities include tracking down leads, scheduling appointments, doing the initial sketches, completing the estimates, doing material takeoffs, and then handing everything over to our current project manager.

One of the things Barry enjoys the most about his job is interacting with people, getting their input and helping them take their deck concepts to the next level. “I never give our clients a high-pressure sales pitch,” says Barry. “I know that if I do my job right, the sales will come.” For Barry, doing his job correctly means educating our clients about decks. He likes to go to the backyard with the homeowners and analyze their particular situation. He’ll discuss things like which materials will best suit their environment, how the deck will attach to the house, what the local code will allow them to do, how many steps they can have, and how close they can build to their neighbor’s property, etc. He helps them make an informed decision. “I love to design something that I know our clients are going to enjoy for a long time,” says Barry. “It gives me a real sense of accomplishment.”

Outside of work, Barry spends the weekends hanging out with his family, which includes his lovely wife, Melissa, and his two children. Melissa has been a tremendous support to Barry throughout the years, including his decision to quit his job and start this company with his brother. On Saturdays, Barry’s 13-year-old daughter, Mackenzie, plays on a travel soccer team that takes them across the state. His 9-year-old son, Keegan, plays lacrosse. Sundays are spent fishing and golfing, sports that Keegan is starting to get into as well. And then there is the clothes shopping with his daughter, which Barry enjoys, but admits that it can be scary at times. 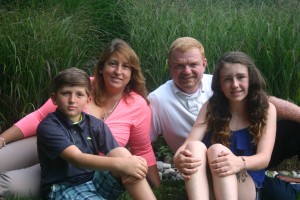