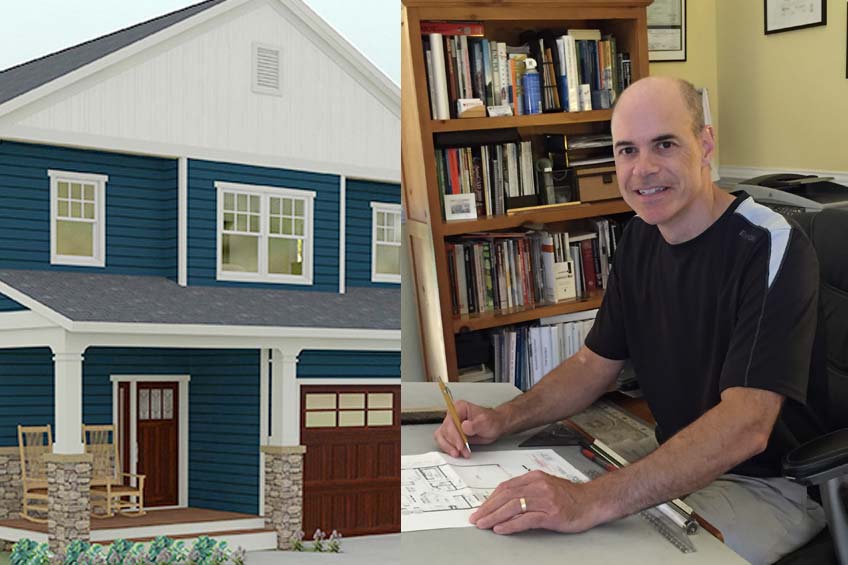 Building in the Family, Where it All Began

Mike was introduced to the building industry by his two uncles, one a general contractor and the other an architect. The general contractor uncle put Mike to work at an early age, sweeping up the floor and putting things away at various job sites. Mike didn’t mind being the “grunt” because he found the job sites very interesting. The architect uncle was very influential in Mike’s career decision to become an architect, giving him a start in the business. He gave Mike his first drafting job and later on made him a partner in his firm. 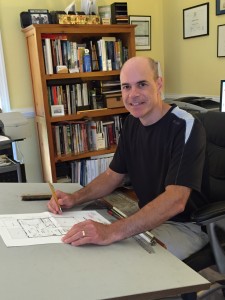 Through the years, Mike has steadily worked his way up, from working as a part-time architectural draftsman while in college, to receiving his license in 1991 and working in NYC, to becoming a partner in a small architectural firm in Long Island, to starting up his own company in Forest Hill, Maryland in 2006. He has been in the business for almost 30 years.

Mike is licensed in Maryland for both residential and commercial architecture, but 75% of his work is residential. He considers remodeling projects and addition alterations to be his bread and butter. Mike is particularly accomplished at the thoughtful integration of new and existing spaces, assuring the two merge together as a whole, rather than appearing to be tacked on.

One challenge architects face today, according to Mike, is the growing list of regulations, zoning requirements, and building codes which must be incorporated into the designs people want. “Even so,” says Mike, “the design portion of architecture continues to excite me as I work to bring together all the puzzle pieces and show my clients what can be done in their homes to realize their dreams.”

A Shared Passion for Green Building

Tim Ellis was the first contractor Mike got to know when he moved to Maryland. They met at a home show, and Mike quickly became impressed with Tim’s knowledge and credentials. He could tell that Tim has a strong desire to raise standards within the remodeling industry, an important goal for Mike as well. In the past seven years they have collaborated on a dozen addition alteration projects and have won awards for the Shipley and the Welch residences.

One of Mike and Tim’s shared passions is green building. Both of them are very committed to staying up-to-date with the latest in green construction methods through continuing education classes in the industry. Mike is a LEED Green Associate and is taking classes in the National Green Building Standard.

For a couple of years Mike and Tim have discussed developing a green home project unlike anything else in this area. Their dreams have finally come to fruition. They are currently collaborating on a green model home that will be located in Grays Run Overlook in Harford County. Plans are for this model home to meet the Silver level of the National Green Building Standard and ENERGY STAR which exceeds local building codes in terms of energy efficiency and healthy interiors. “We’re really enthused about this venture,” Mike says. “Our hope is that with our vast resources and our combined expertise, we can make this something really special!”  Read More about Model One. 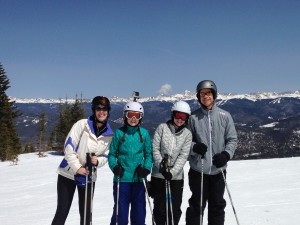 Outside of work, Mike is involved in many family activities with his wife, Beth, and his two daughters who are 11 and 14. You may find him cheering on his girls during their soccer and lacrosse games or skiing together with the entire family. Mike also enjoys golf and is an avid reader of fiction as well as non-fiction.

And which books do you think an architect would select? Mike’s favorite novel is Ken Follett’s “The Pillars of the Earth” which follows the construction of a cathedral and the impact it has on the surrounding village and community. His choice of non-fiction is “Brunelleschi’s Dome: How a Renaissance Genius Reinvented Architecture” by Ross King.