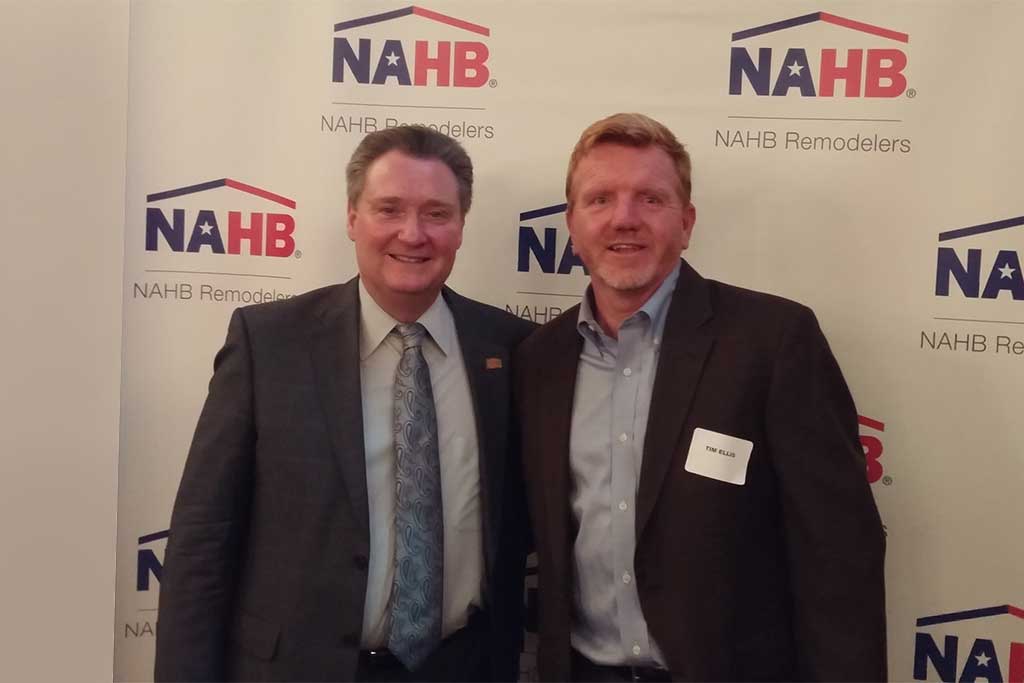 On October 6 and 7, Tim Ellis attended the Remodeling Show | DeckExpo | JLC LIVE combined Expo and Conference. A major sponsor of this event is the NAHB Remodelers, an organization that has been very important to Tim in his professional development as a remodeler. And Tim is giving back to NAHBR in turn.

It was only two years ago that Tim and his company T.W. Ellis were recognized as the 2014 National Remodeler of the Year. This year Tim was invited to the NAHBR All Stars Party at Leinenkugel’s in Baltimore where the 2016 Remodeler of the Year, a remodeler from Chicago, was announced.

At this event Tim also received recognition, as it was announced that he is undertaking a very important leadership role for remodeling contractors nationally: he is in line to chair the NAHBR Board of Trustees in 2019. Greg Ugalde, NAHB’s Third Vice Chairman of the Board (in line to be NAHB’s President in 2019), welcomed Tim to this position in NAHB’s leadership.

NAHB Remodelers is the Remodelers Council of the National Association of Home Builders (NAHB), based in Washington, D.C. The NAHBR represents more than 55,000 members of NAHB who are involved in the remodeling industry.